Track 11, Neighbours on ice is definitely the darkest moment on the new album. This track was written as a response to some fairly erratic and insomniac moments from next door. The beat is deliberately off-kilter and guitar noise bursting at the seams… on the edge of losing it.

Trudy writes of her work: In response to the gritty, uneasy texture of Neighbours on ice I have used paper and charcoal to take a three-dimensional rubbing of milk crates – an object commonly associated with laneways and other unnoticed spaces of the urban landscape.
Through this work I am considering how the fragile, temporary representation of these objects might translate as a metaphor for an edgy, alternate state of mind. 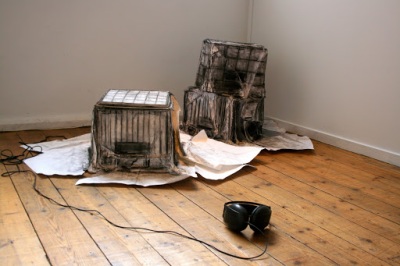 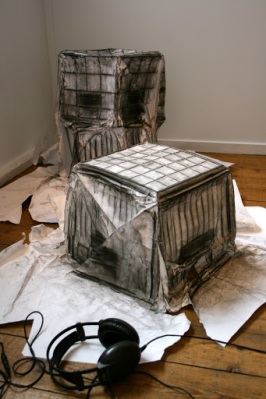 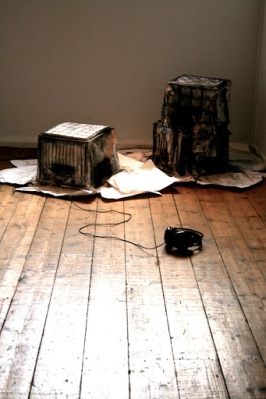 Listen to Neighbours on ice: